Liquid Blue is one of America’s ultimate wedding music bands, delivering shows that leave crowds spellbound. Holding the official world record for the “World’s Most Traveled Band,” they have performed for some of the biggest and most prestigious events on the planet. They have won countless awards such as “Entertainment Act of the Year,” “Best Cover Band,” and “America’s Best Dance Band,” and are ready to turn your wedding crowd on its ear.

“OMG the band was so AWESOME!! They were by far the highlight of an already amazing week. We are so happy with how everything went. Liquid Blue were the heroes of our favorite memory ever. I have so much more great feedback to give, but just wanted to say that it exceeded our wildest dreams!!! Thank you!! My friend in Panama wants to do his 50th down there with you guys, and my other friend wants his daughter to have you guys at her wedding in LA. Everyone, seriously everyone came up to me and said ‘who are these guys and where did you find them?!?!’ Best wedding band ever!!!” – Jad Finck, Groom, International Destination Wedding

Their international acclaim cannot be matched by any other wedding music band, which is why they have become such a popular destination wedding band. This multi-award-winning band has been featured on many magazine covers, has been the featured entertainment at sold-out-stadiums, casinos, and arenas around the globe, and represented the USA at the CCTV kick-off concert for Beijing’s 3008 Summer Olympics.

“During our company’s holiday party and today at work, we’ve heard nothing but rave reviews about Liquid Blue’s fantastic performance! Our guests were completely blown away by their spectacular singing, dance routines (especially the awesome Michael Jackson covers – the crowd went wild), and the song selection. We loved how much infectious energy the band had from the get go – our staff can be rather shy about ‘being the first on the dance floor,’ but the band was able to get them grooving pretty early on, which is impressive. A lot of guests commented that the band “made” the party.” – Samantha Yong, USP, Silver Spring, MD

“In my 23 years as Designer/Technical Director for La Jolla’s annual Jewel Ball, I’ve never been blown away by a band’s performance. Until now. Liquid Blue was amazingly creative and versatile. They showed commanding intensity and artistry combined with a smooth synchronicity that looked absolutely effortless on stage, engaging the guests with an incredible performance that rocked the dance floor till the last note.” – Jim Roth, MSI Production Services, San Diego, California

“Liquid Blue rocked Legends Casino Hotel on New Year’s Eve. The band’s high energy and enthusiasm was so contagious it brought the crowd to their feet to sing along to all the big hits. At midnight, their performance of Auld Lang Syne was a highlight for everyone. The band is a pleasure to work with and we would love to have them back for future events.” – Greg Fritz, Toppenish, WA

Creating an unforgettable wedding event is as simple as adding Liquid Blue to the preferred guest list. When you’re in the market for a live wedding band that’ll keep your guests’ adrenaline pumping from start to finish, that’ll deliver everyone’s favorite dance hits in a high energy show, Liquid Blue is the band you want. They have wowed celebrity crowds, professional athletes, movie and TV stars, heads of state, high-level politicians, Fortune 500 corporations, and the rich and famous. If you want to give your guests something that’ll get their hearts pumping, it’s time to invite Liquid Blue to the party.

“After the second year booking Liquid Blue for our event I can confidently say they are THE BEST! All of our guests were raving about the band all night!! They are extremely talented musicians, got everyone dancing, interacted with the crowd, and kept the energy up in the room the entire night. Without a doubt, they helped make our party successful. I cannot say enough good things about Liquid Blue!!” – Lauren Johnson, Meeting Planner, Corporate Event, Dentsply Sirona, Washington, DC

“Tremendous customer service, professionalism, and of course, talent. Liquid Blue didn’t just perform at our event, they MADE our event.” – Geoff McCall, Client

“The band was awesome!!! The entire crowd LOVED them! They were shocked that we had someone so good. I hope we can do it again next year!!” – Scott Davis, Western Digital, Las Vegas, NV

“We were very happy with the band. We got rave reviews in regards to Liquid Blue’s performance. They were a huge hit! We were asked by many for the name of the group.” – Sheila Hulme, Mother of the Bride, Park City, UT 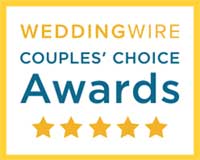 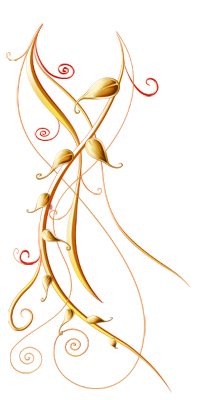